In a sign of divided government, the Republican-led Legislature voted on Thursday to overturn an executive order issued by Democratic Gov. Gretchen Whitmer earlier this month that would have restructured the embattled Department of Environmental Quality.

The move marks the first time in more than 40 years the Legislature has voted to reject a governor’s executive order.

In a 22-16 party line vote, the state Senate followed the House of Representatives’ move last week to reject the order.

Michigan Republicans had 60 days to vote to reject Whitmer’s executive order, but they only took 11. Senate Majority Leader Mike Shirkey (R-Clarklake) said he’s not a fan of procrastination.

“I think our process was very deliberate, very specific, very thorough,” he told reporters on Thursday. “And … I don’t necessarily believe in exercising the student syndrome where you have to take as much time as allowed.”

As part of the DEQ revamping, the order eliminated three panels designed to give businesses and the public a seat at the table in environmental rule-making.

Democrats have described the commissions, which were created last year under Republican former Gov. Rick Snyder, as “polluter panels.” Some of the seats are reserved for representatives of large automakers and other businesses, but environmental groups and other stakeholders sit on the committees, as well.

Whitmer highlighted the order in her State of the State address Tuesday night.

She and Democrats say rejecting her measure harms state’s ability to protect water and air quality at a time when Michigan is emerging from the Flint water crisis and actively grappling with PFAS contamination.

Following the vote, Shirkey said that Whitmer’s executive order “goes a step too far,” and invited the governor to submit a new executive order about how to reorganize the department and the panels.

Whitmer spokeswoman Tiffany Brown said the governor will continue working with the Legislature in an effort to follow through on the intent of the executive order to protect Michigan’s environment.

“It’s disappointing to see the party of limited government vote for more government bureaucracy, but the governor remains undeterred,” Brown said said in a statement. “She is committed to reorganizing this department so we clean up our drinking water and protect public health. We look forward to continuing a dialogue with the legislature to get this done, because Michiganders can’t afford to wait for clean drinking water.”

In addition to eliminating the three panels, Whitmer’s executive order would have renamed the DEQ the Department of Environment, Great Lakes and Energy (EGLE). It also sought to create new offices within the department focused on clean drinking water, environmental justice and a new “Interagency Environmental Justice Response Team.”

Shirkey said that if Whitmer introduces a new order, she should “include a specific definition of what environmental justice actually means.”

Sen. Ed McBroom (R-Vulcan), who chairs the Senate Oversight Committee that advanced the resolution opposing the order on Thursday morning, objected to the removal of the panels, saying it would limit citizen access.

“How do the regular John Does of the public, small business owners, farmers … how do they get access when they’re denied a [DEQ] permit?” McBroom said. “How do they deal with this overly bureaucratic system? That’s why these panels were created last year. It was to provide that kind of transparency to the permit-making process.”

Michigan Republicans also moved forward on killing the executive order without waiting for an opinion from Democratic Attorney General Dana Nessel, which Whitmer had asked for last week. Whitmer has said she believes the panels exist on “very thin legal ice,” because they fall outside of federal environmental rules.

The Advance asked Shirkey why the Senate didn’t wait for the AG opinion. He said he believed Nessel’s opinion on the matter would be a foregone conclusion — and therefore. there was no need to wait.

“You always find what you’re looking for. I suspect it was pretty predictable, [what] the attorney general’s opinion would be and probably wouldn’t change the outcome of this action,” Shirkey said.

Should Nessel issue an opinion that the DEQ panels are unconstitutional, Shirkey said that “sounds like an opportunity for a conversation.”

Nessel spokeswoman Kelly Rossman-McKinney said the attorney general will “continue to work on the opinion.”

Democratic senators and environmental groups fumed at the news that Republicans had moved to kill the order, much of which was designed to address ongoing environmental issues like PFAS, air quality and drinking water.

“Instead of joining Gov. Whitmer to protect public health, lawmakers are launching partisan attacks over unnecessary layers of bureaucracy that will only slow down, block and delay cleanup of polluted sites and protection of our water,” saod Lisa Wozniak, executive director of Michigan League of Conservation Voters. “We need bold, swift action to protect our drinking water and the health of Michigan communities. Blocking Gov. Whitmer’s order is a step backward for protecting our air, land, Great Lakes and the health of Michiganders.”

The GOP move to reject the order sends a strong message to Michigan’s residents that their voices don’t matter, Senate Democrats said ahead of Thursday’s vote.

“This resolution is a statement to my residents and Michiganders in your districts too who have struggled for years to be heard,” said Sen. Stephanie Chang (D-Detroit). “[You’re] saying today that their voices matter less and industry and corporate polluters’ voices matter more.”

McBroom, the U.P. Republican, said that Democrat’s attempts to portray GOP Senators as uncaring about unclean air and water was “repugnant.”

Sen. Mallory McMorrow (D-Royal Oak), however, said that Whitmer’s executive order would help to restore trust between state government and residents, many of whom continue to be fearful of drinking water and other environmental issues.

“We have a trust issue issue in Michigan,” McMorrow said, adding that she believes the formation of the panels was well-intentioned, but added additional bureaucracy. “We rank dead last nationwide in terms of government ethics and transparency.”

The move by the GOP Legislature to kill the order also comes as both the governor and Legislative Republican leaders have pledged they’d work together in a bipartisan manner.

Senate Minority Leader Jim Ananich (D-Flint) on Thursday waved off any notion that the GOP’s vote would further threaten that. 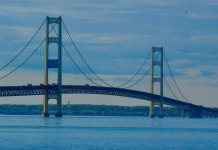 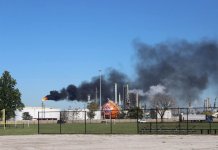