A ruling last month by a Texas judge to potentially kill Obamacare led to a legal intervention today by Michigan Attorney General Dana Nessel, who seeks to uphold the federal health care law.

Nessel on Thursday afternoon announced that she had joined attorneys general in Colorado, Iowa and Nevada in filing a motion to uphold the law. That’s a significant change from her predecessor, Republican Bill Schuette, who joined cases against Obamacare and was a vocal critic of the law.

On that same day, Nessel announced that she would withdraw the state from eight other federal lawsuits dealing with issues ranging from separation of church and state to reproductive rights.

Nessel, who has the support of Gov. Gretchen Whitmer, joined the other state’s attorneys general in an intervention of the ruling last month by Texas judge Reed O’Connor in the case of Texas et. al. vs. United States et al. in Texas’ Northern District Court in Fort Worth.

Last month, O’Connor ruled that former President Barack Obama’s signature health care law, which passed in 2010, was largely unconstitutional because of the mandate that individuals purchase health care or risk fines if they don’t. O’Connor later allowed the law to remain in effect as the appeals process takes place, opening the door for Nessel and others to intervene, according to a report in the New York Times.

Nessel, in a statement, said that she believes upholding the Affordable Care Act (ACA) is vital for ensuring people in Michigan can keep their healthcare.

“The Affordable Care Act provides important protections — including protecting people with pre-existing conditions — and access to health care for hundreds of thousands of residents in Michigan,” Nessel said in a statement. “We have a strong interest in ensuring that the strongest possible arguments are presented in support of the ACA.”

Nessel’s move to intervene in the case came with the support of and in coordination with Whitmer, who like Nessel, believes Obamacare to be a fundamental part of health care in Michigan.

“Health care for hundreds of thousands of Michiganders is on the line,” Whitmer said in a statement. “If this decision is upheld, it will make it harder for families across the state to get the care they need. That’s why Attorney General Nessel and I are stepping up to defend the ACA on behalf of the State of Michigan. As governor, I will never stop fighting to ensure everyone in Michigan has access to quality, affordable health care.”

Under former Gov. Rick Snyder, a Republican, Michigan was one of the states to adopt an ACA provision that allowed states to expand Medicaid to citizens. The move became known as “Healthy Michigan” in 2014 and covers about 663,000 Michiganders, according to the state.

Late last year, the federal government approved a plan passed by the GOP-controlled Legislature and signed by Snyder that adds work requirements to receive coverage.

Nessel also announced that she would be withdrawing the state from several federal cases that she believes “undermines … important values” in Michigan. That’s another reversal of Schuette, who was term-limited and lost his bid for governor last year.

The attorney general said she had withdrawn the state from four federal cases that could limit women’s reproductive rights:

Planned Parenthood Advocates of Michigan quipped on Facebook that Nessel’s move was the “best possible use of the pull out method.”

Best possible use of the pull out method. ?

Posted by Planned Parenthood Advocates of Michigan on Thursday, January 31, 2019

The AG removed Michigan from a case that she says would allow for discrimination based on sexual orientation, Horton v Midwest Geriatric Management.

And Nessel is withdrawing the state from three cases she believes would violate the separation between church and state:

“As Michigan’s Attorney General, I will not use this office to undermine some of the most important values in our state, including those involving reproductive rights and the separation of church and state,” Nessel said.

Feds: 3 states with lower vaccination rates account for 40% of all COVID-19 cases this week 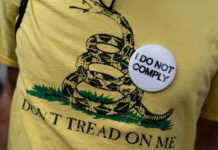