“I welcome the opportunity to reevaluate this important issue to ensure all people who live in and visit our state are treated equally and fairly under the law,” said Nessel, a Democrat in a 20-minute presentation.

In a 6-0 vote, the commission approved a resolution directing the Michigan Department of Civil Rights to send a letter to Nessel asking her to reconsider Schuette’s opinion.

Nessel did point out, however, that it would be “great” if the Legislature took action to protect LGBTQ people under Elliot-Larsen. Bills have been proposed, but have never gained traction.

The AG also took the opportunity during her presentation to respond to state House Speaker Lee Chatfield (R-Levering) who said last week on WKAR-TV’s “Off the Record” that he didn’t support a law banning discrimination against LGBTQs.

“Personally, I don’t believe people should be discriminated against,” Chatfield said. “But at the same time, I’m never going to endorse a law or allow a bill to come for a vote that I believe infringes on someone’s ability to exercise their sincerely held religious beliefs.”

As a private attorney, Nessel represented plaintiffs in a case that became part of the 2015 U.S. Supreme Court decision that legalized same-sex marriage. She is also the first openly gay statewide official in Michigan.

“I think that [Chatfield] knows where my stance is on this issue,” said Nessel said Friday. “We have a fundamental disagreement. And I’m really hoping that I have an opportunity to sit down and speak with Speaker Chatfield and to help him to understand and walk around a little bit in the shoes of a LGBTQ person, because if he did that, he’d feel quite differently.” 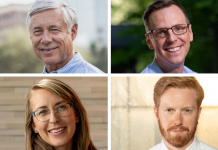 West Michigan has been a key GOP stronghold. That’s now being tested by two congressional races. 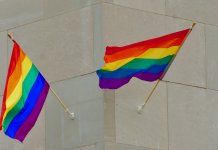