The Michigan Civil Rights Commission (MCRC) will consider asking Attorney General Dana Nessel to review an opinion of her predecessor, Bill Schuette, to decide whether the term “sex” in the Elliott-Larsen Civil Rights Act includes sexual orientation and gender identity.

This comes on the same day that House Speaker Lee Chatfield (R-Levering) said on “Off the Record” on WKAR-TV that he doesn’t support bringing legislation to the floor to amend Elliott-Larsen to protect LGBTQ people.

“Personally, I don’t believe people should be discriminated against. But at the same time, I’m never going to endorse a law or allow a bill to come for a vote that I believe infringes on someone’s ability to exercise their sincerely held religious beliefs,” Chatfield said.

There have been legislative efforts to expand Elliott-Larsen, some of which have been bipartisan. None have succeeded. In 2014, then-Rep. Frank Foster (R-Petoskey) sponsored legislation adding sexual orientation protections, but he lost his GOP primary to Chatfield.

The speaker has been in the news this week for inviting President Trump to give his State of the Union speech in Michigan and for paying a $2000 fine for bringing a loaded, unregistered handgun to an airport last summer.

The Michigan Civil Rights Commission is set to meet on Monday in Warren and will discuss Elliott-Larsen.

“With a new attorney general, it is important to know where she stands on the authority of the commission as it was described by AG Opinion 7305,” said Agustin Arbulu, Michigan Department of Civil Rights (MDCR) director. “I am eager to hear the commissioners’ discussions on this topic Monday during the commission meeting and to their vote.”

MDCR, at the direction of the commission, has continued to accept, review and investigate complaints of discrimination in housing, employment and public accommodations based on sexual orientation and gender identity or expression.

In July 2018, Schuette, a Republican, handed down in Attorney General Opinion 7305 which declared the word “sex” in the landmark 1977 Act does not include sexual orientation and gender identity.

Schuette was running for governor and was defeated by now-Gov. Gretchen Whitmer. Whitmer and Nessel, who are both Democrats, favor adding non-discrimination protections for LGBTQs. Nessel even tried to spearhead a ballot initiative in 2016 with her Fair Michigan campaign after legislative inaction on Elliot-Larsen.

“This is just another move in a long line of actions taken by Bill Schuette to persecute a community he should be protecting,” Nessel said in 2018. “Is it any wonder LGBTQ people in our state are subjected to record-high rates of serious assaults and other hate crimes when our attorney general consistently conveys the message that this community is not worthy of the same protections as all other Michigan residents? Let’s use Schuette’s terrible opinion as motivation to do everything we can to replace this bigot with an attorney general who will always have the best interests of LGBTQ residents in mind.”

One of Whitmer’s first executive directives was to ban discrimination against LGBTQ workers in state employment, contracting and procurement. That may be challenged on religious freedom grounds, as the Advance first reported this week. 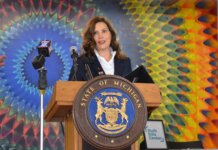 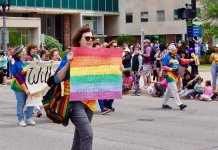 AG could weigh in on Elliott-Larsen, but GOP leader doesn’t favor adding LGBTQs