Nobody expected John Engler to go gently into that good night. And he didn’t.

In an 11-page screed dripping with bitterness and a twinge of self-pity, Michigan State University’s interim president essentially told the board last week: “You can’t fire me; I quit.”

The GOP former three-term governor — who has remained a larger-than-life figure in Michigan politics, even after he hightailed it to Washington, D.C., almost two decades ago — had a tumultuous reign.

Engler was hired, just under a year ago, to bring a steady hand to his alma mater, which had been rocked by the sexual abuse scandal of former MSU Dr. Larry Nassar. That had already brought down his predecessor, Lou Anna Simon, who has since been charged with four counts of lying to a peace officer in connection with the case.

Perhaps the most charitable thing you can say about Engler’s tenure is that at least he’s not facing jail time as a result.

Of course, former Michigan Attorney General Special Independent Counsel William Forsyth accused MSU of stonewalling his Nassar investigation. And new Attorney General Dana Nessel let it be known on the day of Engler’s departure that she’d like a word with him.

So even though Engler has long planned to move down to his wife’s native Texas, the Mitten State may not be done with him yet.

In his resignation letter, Engler did what he’s always done best: He blamed Democrats on the board and tried to cast his departure as a partisan witch-hunt. That succeeded in inoculating him from GOP criticism, with the notable exception of MSU Trustee Dan Kelly. Many Republicans who had long privately excoriated Engler’s job performance fell prey to his naked party loyalty gambit.

The fact that Engler’s letter was addressed to MSU Board Chair Dianne Byrum — a longtime former Democratic legislative leader who had tangled with him during his gubernatorial days — just added fuel to the fire.

Engler’s letter was padded with a laundry list of accomplishments that read very much like the work of a man expecting a parade to be thrown in his honor. And he made sure to thank MSU donors for being “generous with your resources.”

Let’s be honest. That’s exactly what Engler was hired to do.

The MSU board — which, thus far, has escaped largely unscathed in this debacle — didn’t hire the Republican for his bedside manner.

They wanted a pitbull who would savagely protect the university’s state funding from restless lawmakers up for re-election and reassure the well-heeled donor base. And they needed someone to settle the Nassar lawsuits quickly.

Engler did all of this, as many board members acknowledge.

But it came at a tremendous cost.

Time after time, Engler made it abundantly clear that he didn’t understand — or care — what the hundreds of survivors of Nassar’s sexual abuse had been through or what they needed to heal.

Engler’s treatment of survivors, in fact, was downright sickening. He accused Rachael Denhollander, the first Nassar survivor to go public, of getting kickbacks from attorneys involved in lawsuits against MSU. Another survivor, Kaylee Lorincz, said Engler offered her $250,000 during a meeting.

More than 100 survivors called for Engler’s ouster last summer. Their voices weren’t valued. It wasn’t enough. He went on to shutter a victims’ fund and shut the door on any further investigations.

If you’d like a living, breathing example of the concept of toxic masculinity, look no further than John Engler.

It’s not hard to draw parallels with President Donald Trump, who also believes he can lash out with impunity at his perceived enemies — who are often women or members of disadvantaged groups.

Not to be outdone, however, Engler decided to inform the Detroit News editorial board this month that some survivors are “enjoying” the “awards and recognition.”

It was only then that a majority of MSU board members decided it was time for Engler to go.

Longtime political pundits — who have written that Engler is the shrewdest political figure in modern Michigan history so many times that they probably have a custom keyboard shortcut — couldn’t believe that he would stumble so spectacularly.

But the truth is that Engler hasn’t kept up with the times. And neither have they.

Talk to any longtime teacher and they’ll say that the bullying bravado on display at MSU is nothing new. They lived with it for 12 years when Engler was governor.

But those obsessed with horserace coverage of politics only cared that Engler won big fights. They never spent a lot of time talking to people on the losing side — and I’m not talking about politicians. I mean the people who are impacted and, yes, hurt by these glorious political victories, from cutting workers’ retirement to closing mental hospitals.

There has long been a real human cost for Engler’s agenda. His time at MSU crystallized that, in part, because we are finally listening to some voices that have been silenced for so long.

On the day the MSU board accepted Engler’s resignation, Lorincz was there. She cried tears of joy as she explained how the interim president had “put us through so much” even after Nassar’s sentencing.

“That healing process never started for me because the constant harmful words and actions from [Engler] — it just constantly set me back,” she said. “And I feel like now I can finally take that step forward and start to heal, and I am so ready for that.” 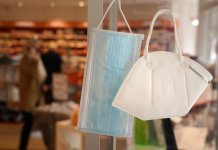