Following in the footsteps of the Michigan House, the Senate introduced on Tuesday legislation to reform the state’s controversial “no fault” auto insurance law, which critics say has led to the state having the highest insurance rates in the country.

That’s the top priority of the GOP-controlled Senate, as it’s been given the honor of Senate Bill 1. It’s a piece of legislation that’s light on any specific policy proposals, but intended to bring stakeholders to the table with the goal of lowering auto insurance rates in Michigan, according to sponsor state Sen. Aric Nesbitt (R-Lawton).

“Everything needs to be on the table as we begin this,” Nesbitt told reporters on Tuesday morning just after the legislation was introduced.

There was a last-minute push to pass an overhaul in the Lame Duck session, but it fizzled before any votes came to the floor, despite an aggressive push by Quicken Loans founder Dan Gilbert. Supporters, including Rep. Joe Bellino (R-Monroe) vowed an aggressive 2019 fight.

“We took the temperature down the hall [the Senate] and we were told that wasn’t going to fly. Nobody liked it,” Bellino told the Advance at the time. “… The basic business premise is we have about the same amount of drivers as Ohio but they have over 200 companies running auto insurance in Ohio, we have less than 60. So there’s a business problem there; people don’t want to come to Michigan and buy auto insurance.”

Nesbitt said the legislation would go through the committee process and ultimately achieve the goal of driving down the cost of insurance in Michigan by bringing more choice to the market and allowing consumers to pick plans that work for them rather than mandating unlimited coverage for all drivers.

The legislation states that Michigan’s current law results in residents paying rates that are 83 percent higher than the national average.

“This is wrong,” Nesbitt said. “We’ve come a long way over the last eight years in terms of bringing jobs back into the state, growing our economy and right now the biggest benefit we can give to Michigan’s workers, residents and senior citizens is providing them a lower cost to their auto insurance.”

Nesbitt told reporters on Tuesday that he’s confident the Senate can have a bill to vote on in the “coming months.”

Several other no-fault bills were introduced on Tuesday by a bipartisan duo of Macomb County senators: SB 4, SB 5, SB 7, SB 8 and SB 9, all sponsored by Sen. Pete Lucido (R-Shelby Twp.), and SB 10 and SB 11, both sponsored by Sen. Paul Wojno (D-Warren).*

Legislators do fee some urgency to get something passed. Gilbert has floated the idea of a voter referendum on the matter if legislators don’t act.

“We believe a legislative solution is the best solution, and we are doing everything we can to encourage our legislators to do that,” Jared Fleisher, Gilbert’s top lobbyist, told the Detroit Free Press last November.

The issue of no-fault reform has been of particular interest to Detroit policymakers, and Mayor Mike Duggan, in particular, who last year sued the state over its no-fault law.

Duggan’s staff had not yet done a comprehensive review of Nesbitt’s legislation on Tuesday when the Advance asked for comment. But Thomas Stallworth, Duggan’s director of legislative affairs and a former state legislator, said the mayor would be supportive of an effort that truly brings down the cost of insurance.

“I am honored to be called upon by Speaker Chatfield to lead the deliberation process of one of the most dire issues impacting families statewide,” Wentworth said in a statement. “For each day that passes without a devised, lasting solution, Michigan families continue to be trapped between converging walls of financial hardship. It’s going to take both of us — Democrats and Republicans — to come together in a bipartisan effort, set our differences aside and finally figure out a way to deliver historic car insurance reform.”

Just what mechanisms the Legislature might use as a means of lowering auto insurance rates remains unclear, but the concept at least, appears to have some bipartisan support.

Sen. Adam Hollier (D-Detroit), told the Advance today that he’s “super-excited” that Senate leadership has selected the matter as its No. 1 priority for the legislative term. While he stopped short of saying he believed the body could pass something, he said he maintains hope.

“I am not only optimistic, but I’m working tooth and nail all day every day to make sure that it happens,” Hollier said.

“The bill introduced today is a blank slate on which we can start having a real conversation — on both sides of the aisle — about how we can improve our auto insurance system in Michigan,” he said. “We will be focused on securing real relief for ratepayers and we must also protect coverage for those who have been seriously injured in car accidents. At the end of the day, there will have to be some compromise on each side to make sure we deliver a plan that works for Michigan’s drivers.” 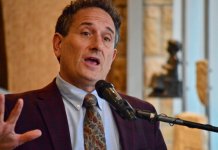 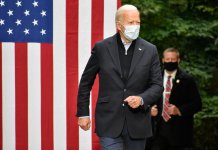