Michigan’s new governor, Gretchen Whitmer, is smart, politically savvy and knowledgeable. She also has 10 million constituents to serve — many who want advise her about something they want or don’t want state government to accomplish.

Voters expect her to address the problems that impact them today. Whitmer’s responsibility is to both anticipate these issues and be prepared to address them, both now and in the future.

Although former Gov. Rick Snyder checked many items off his state “to-do list,” he did not leave Whitmer with a clean slate and nothing to do. The list of challenges Michigan faces is great.

One area may not seem as obvious, but is certainly looming. This one promises to rock our technological world like the sonic boom it is: artificial intelligence or AI.

Scientists predict that human-designed AI algorithms can learn human behavior, perhaps getting to know a person better than they might know themselves.

To my knowledge, no one in state government has addressed how AI might impact our state and government going forward. What exactly are we doing to prepare for its ramifications?

The Economist framed AI thus: “Technological change always causes disruption, but AI is likely to have a bigger impact than anything since the advent of computers, and its consequences could be far more disruptive.”

This is an area in which I know China is surging ahead and it plans to dominate. AI is compatible with the communist government’s politics, policies and economic survival.

Who is thinking about how these changes will impact Michigan and about how we might prepare for a disruptive future?

We may need to invoke that old adage, “Measure twice, cut once.”

What Michigan needs is a team of futurists, social scientists, economists, historians, sociologists, data scientists, law and management specialists, technologists, social planners and workforce specialists willing to anticipating the change tsunami about to engulf us and help prepare the state.

This is a change no less real than a naturally-occurring tornado, flood or wildfire that threatens our state.

I encourage Whitmer to appoint an AI think tank/blue ribbon commission to begin anticipating what AI will mean to our infrastructure and way of life..

It is not too soon to start thinking about preparing for the inevitable shift in work, as AI impacts the thousands of private and public state employees whose jobs will change immeasurably as a result of AI’s technological revolution.

We have learned since the dawn of the last technological (r)evolution in the early 2000s that change always causes disruption. Will AI’s impact be far greater than anything we experienced since the advent of computers and the Internet? Exactly how much disruption can we expect?

We know the change is coming but just how will society and government prepare for this sea change?

Here are areas I suggest Whitmer explore about AI’s impact on Michigan:

We may not know the specifics today of how AI will change our future. But we do know it will be significant.
Doing nothing is never a smart strategy. There is still time to prepare Michigan and Michiganders for the inevitable change that AI brings.

I strongly encourage Whitmer to lead on the imminent technological reality that will arrive with AI — equal parts opportunity and threat to us all. 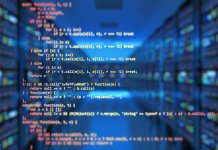