What can you say about Michigan’s manic, marathon Lame Duck session except that it could have been worse?

As Gov. Rick Snyder prepares to leave office after eight years, he desperately needed to restore some of his reputation after his inept and insensitive response to the Flint water crisis. He’ll probably avoid national media lumping him in with cartoon villain-worthy Wisconsin Gov. Scott Walker due to vetoing some bills mauling incoming Democrats’ power.

And let’s face it — that was probably his goal here.

But Snyder’s record has been to blithely go along with the worst instincts of his party roughly nine out of every 10 times. In Lame Duck, he was a little more mavericky than usual — but not that much.

After all, the Republican did bless one of the biggest power grab bills. He signed legislation that will make it much harder to get citizen-led petitions on the ballot. It’s not exactly a coincidence that Republicans introduced and passed this measure after progressive proposals legalizing weed, going after gerrymandering and making it easier to vote overwhelmingly passed on Nov. 6.

Signing this bill was an attack on a vital part of the democratic process that involves citizens at a cellular level. And it may not even pass constitutional muster.

The guv also inked a hastily hatched deal to preserve Enbridge’s Line 5 pipeline, legally tying the hands of Gov.-elect Gretchen Whitmer and Attorney General-elect Dana Nessel, who had both vowed to shut it down due to significant safety concerns.

Snyder signed off on legislation gutting a minimum wage increase and paid sick leave proposals early on in Lame Duck. He lobbied hard for charter-school-lobby-backed legislation establishing A-F grades for schools and naturally signed it.

He approved a bill weakening environmental standards over the objections of 82 Department of Environmental Quality employees. Snyder also OK’d bill similar to one he had vetoed back in 2011 that would bar state regulations from exceeding federal standards, which many environmentalists fear could harm PFAS cleanup efforts.

It’s true that the most egregious GOP power grab bills thankfully didn’t make it into law. Legislation yanking campaign oversight away from Secretary of State-elect Jocelyn Benson didn’t even make it to Snyder’s desk.

Neither did a bill messing with the independent redistricting commission established under Proposal 2 that voters just passed. And a key part of the A-F grading plan died before passage. That would have christened a new education commission that wasn’t beholden to the duly elected state Board of Education or (you guessed it) Whitmer.

Snyder also vetoed a likely unconstitutional bill that would have allowed the Legislature to intervene in court cases as a clear attempt to neuter Nessel’s power. (Shout out to GOP former Attorney General Mike Cox for sticking to his principles and slamming the move in an op-ed, which provided Snyder with cover).

And even more surprisingly, he nixed a dark money bill after signing a slew of conservative legislation in the past.

The governor was clearly in legacy-building mode, no matter what he says.

All you have to do is look at his executive directive barring LGBTQ discrimination in state departments issued just a few days before his term was up. He could have done this at any time. He frequently protested that he was a “nerd” who cared about economics, not social issues.

But his record said otherwise.

One of Snyder’s first acts in office was to ban same-sex partner benefits for government employees, with the laughable explanation that it was only to save the state money. (Fun fact: Snyder’s current spokesman, Ari Adler, cringingly defended the policy as axing “benefits for roommates” while he was working for House Republicans).

But times have changed. Corporate America recognizes that supporting LGBTQ rights is good business. Snyder is looking for his next act and this directive is a cynical play for that.

He told me before he won the governorship that his dream was to go into academia for his final career. Whether he pursues that or corporate board seats, a few flashes of moderation on social issues (including vetoing the abortion telemedicine ban) can only help him.

And if Snyder wants to stake out ground on the national stage as the serious, civil Republican lionized in gauzy Hollywood award-bait and “The West Wing,” these last-minute moves are smart.

It was thousands of people from across Michigan who took time to write and call their elected officials and even show up at the Capitol to protest.

Don’t let anyone tell you that fighting back is silly and ineffective. In 2017, people across the country successfully rose up against congressional Republicans’ health care cuts. And in 2018, many of the Republicans who voted for those cuts, like U.S. Rep. Mike Bishop (R-Rochester), got booted out of office.

And that kind of people-powered pressure made a real difference in Lame Duck.

Anyone who’s even casually paid attention to superhero movies has heard the Stan Lee line: “With great power comes great responsibility.” (Full disclosure: I did not know this until I met my nerdy husband).

Being governor is an awesome responsibility. I have no doubt that Snyder believes he did his best, and I’m sure that many people at the top are very sad to see him go today.

But the rest of us deserved a governor who put people above balance sheets. We deserved a leader who would fight his party — especially when he knew it was wrong — more than 10 percent of the time.

That’s what a true leader does. And that’s what I hope Michigan will have in our new governor, Gretchen Whitmer. Excelsior! 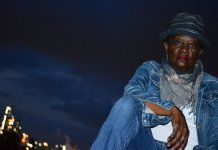