Gov. Rick Snyder today vetoed 11 bills, including GOP-sponsored legislation that would have permitted altering downtown development areas and allowed parents to give up children in “baby boxes” in designated spots.

The term-limited Republican is down to his final days in office after a hectic Lame Duck session that resulted in more than 400 pieces of legislation heading to his desk.

He said that he vetoed a series of bills sponsored by Reps. Bronna Kahle (R-Adrian) and Daire Rendon (R-Lake City) because he “does not believe it is appropriate to allow parents to surrender a baby by simply depositing the baby into a device, rather than handing the baby to a uniformed police, fire or hospital employee.”

The legislation was supported by some religious groups who felt that the so-called “baby boxes” would allow mothers who don’t wish to keep their babies to allow for them to deposit the children anonymously.

Additionally, Snyder vetoed two bills that would have allowed for owner-occupied residential property in “principal shopping districts” — primarily downtown areas — to be included in the tax assessments that are currently only levied on businesses and rental properties.* The legislation was sponsored by Reps. Rob VerHeulen (R-Walker) and Chris Afendoulis (R-Grand Rapids Twp.).

Snyder said that “while he appreciates the goal of expanding the properties against which special assessments can be levied, he believes this issue merits further discussion and consideration, including whether it is appropriate for residential taxpayers to be assessed in this manner. The governor added that encourages “the Legislature and next administration to have a more thorough discussion about this issue.”

Snyder wrote that he believes “it is inappropriate for the Legislature, which does not have fiduciary responsibility for plan participants, to legislatively decide what options are available to employees.”

* Correction: This story has been updated to reflect that the downtown development legislation would include owner-occupied residential property in the special assessments, not capture additional taxes. 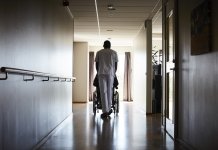