Gov. Rick Snyder, who leaves office next week, announced today he signed an executive directive instructing all state agencies and departments not to discriminate based on sexual orientation or gender identity in procurement, grant and loan programs.

“Michigan’s continued reinvention and economic growth depend on talented individuals choosing to live and work here,” said Snyder, an Ann Arbor Republican who is concluding his second term. “It is essential for state government to be a leader in welcoming all people to our state and ensuring that everyone is treated fairly and with respect.”

The directive, 2018-7, was signed on Thursday. It states that all state departments and agencies that perform procurement functions and provide loans and grants to local units of government and private entities must not discriminate based on gender identity or sexual orientation.

The goal, Snyder said, is to encourage all agencies and departments within state government to promote inclusive economic growth and to work in partnership to voluntarily comply with the provisions outlined in the directive.

Effective immediately, all contracts, grants, or loans entered into or modified after the effective date of this directive must comply with it, according to the measure.

“Together with our allies, we have worked diligently to educate Gov. Snyder and his administration on the common-sense necessity of equality for Michigan’s LGBTQ community,” said Equality Michigan Interim Executive Director Erin Knott. “We are happy to see the governor expanding and advancing the executive orders issued by [former] Gov. [Jennifer] Granholm in 2003 and 2007 to make it clear that Michigan does not stand for discrimination. This executive directive represents an important step forward in making Michigan a safe, fair and equal place for all of us, and we thank Gov. Snyder for taking it today.”

Snyder has been criticized for several of his LGBTQ policies over the years. In his first year of office, Snyder signed a ban on domestic partner benefits for public employees that was later overturned in court.

He also refused in 2014 to recognize same-sex marriages performed in Michigan. After the U.S. Supreme Court legalized same-sex marriage in 2015, Snyder issued a statement urging people to “respect” the decision. That was about a week after he signed a law allowing adoption agencies to refuse same-sex couples. 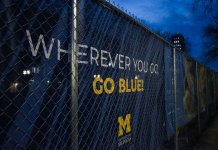 U of M president under fire for homophobic comment to justify reopening plans, lack of testing