After the Gov. Rick Snyder administration made the call in April to stop giving out bottled water to Flint residents, his successor said she will bring the program back.

Democratic Gov.-elect Gretchen Whitmer told the Michigan Advance in an exclusive interview this month that she will have her administration distribute bottled water until lead pipes are all replaced.

Whitmer stressed the need to attract investment to the city. The governor-elect said she will work with local and federal leaders “to make sure that I’ve got a great person who directly works with me to help in the Flint recovery.”

Dr. Mona Hanna-Attisha, a Flint pediatrician who sounded the alarm on the crisis, serves on Whitmer’s transition team. Whitmer told the Advance that Hanna-Attisha is “someone that has been such a leader and has the confidence and trust of the people of Flint.”

Whitmer and Lt. Gov.-elect Garlin Gilchrist have scheduled a “Winter Warm-up” event at the Flint farmers’ market on Jan. 12.

The Advance previously ran stories from the interview about Whitmer endorsing Michigan Democratic Party Chief Operating Officer Lavora Barnes for the party’s next chair, her criticism of Lame Duck, sexism in 2018 campaign coverage, and her lack of interest in joining the 2020 presidential ticket.

Whitmer also talked about infrastructure, Michigan’s economy and a recession that may be on the horizon — and what that could mean for her tenure.

Here are excerpts from the interview:

Michigan Advance: What are you planning to do differently in Flint than the Snyder administration?

Whitmer: Well, I’m gonna work with [Flint] Mayor Karen Weaver and Congressman [Dan] Kildee (D-Flint), our United States senators and the local leadership to make sure that I’ve got a great person who directly works with me to help in the Flint recovery.

But it’s gotta be someone that the mayor has confidence in and that we’re gonna share information and make sure that we have bottled water until the pipes are all finished being replaced. But also I think having a longer term view in terms of how do we get greater investment into Flint? How do we get great employers to come to Flint and make sure that there is opportunity for the people of Flint?

Michigan Advance: What more do you feel needs to be done in the immediate sense in Flint once you’re governor?

Whitmer: Well, the bottled water has to continue until the pipes are replaced. Dr. Mona [Hanna-Attisha] is someone that has been such a leader and has the confidence and trust of the people of Flint, so I’m going to work with her to make sure that the wraparound services for children are easy to navigate and are there in the robust way that they need to be. So I think that there are gonna be a lot of opportunities here. But when you look at incentives for investment, we really should be trying to make sure that our inner cities, especially ones that were so devastated by state oversight, are prioritized.

Michigan Advance: Are you concerned that your term is going to be defined by the next recession that people think is coming and that may hobble your ability to fix the roads, invest in schools and the other priorities that you’ve outlined?

Whitmer: I am concerned that there are things that will happen that I can’t control. What I can control though, is making sure that we do everything we can to invest in the types of things that make us less reactive to a recession. Skills — making sure that we have people that have skills that can get into the good-paying jobs that are going unfilled right now. Infrastructure — these are good jobs, rebuilding things that we all rely on and they keep us competitive. If we do some of these fundamentals well, the ups and downs of an economy are less painful — the downs. 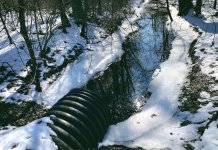 Whitmer pledges to bring back bottled water for Flint