Staff for the Michigan League for Public Policy, a Lansing-based organization advocating for health, racial equity and economic security issues, contribute a biweekly column to the Michigan Advance, “Human Capital.”

With the Michigan Legislature’s contentious Lame Duck session, Congress’ stalemate on the federal budget, and a looming government shutdown, it’s hard to remember that government is supposed to be about compromise. 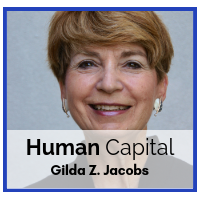 But as all that controversial partisanship played out last week, we saw a bit of bipartisan agreement: Congress worked together to pass the 2018 Farm Bill. And Michigan workers and families will reap the benefits.

The Farm Bill supports Michigan’s farmers and agriculture, our second-largest industry. But it will generate significant economic activity and job growth far beyond the farms and fields, benefiting equipment manufacturers, food processing companies, retailers and many other businesses and workers across Michigan.

A lot of lawmakers put policy before party and worked hard on this compromise, but Michiganders have one in particular we should thank. U.S. Sen. Debbie Stabenow (D-Lansing) has always been a strong voice for Michigan farmers. And families, and as the ranking Senate Democrat on the Farm Bill conference committee, her leadership and experience were pivotal in developing a bipartisan, palatable and passable piece of legislation.

Don’t let the name fool you. In addition to supporting our farmers, it covers an array of important funding programs to address the needs of Michigan residents. The bill provides healthy food for our families by keeping our fruit and vegetable crops growing and it protect the Supplemental Nutrition Assistance Program (SNAP).

But this victory on the Farm Bill is most significant because it was dangerously close to being a major defeat. A much different version of the legislation could have come out of Congress, and hundreds of thousands of Michigan families would have suffered because of it.

Since the 2016 election, some Republicans in the U.S. House — and in the Michigan Legislature, for that matter — have been targeting the people who are struggling the most. Lawmakers have been looking at every policy and procedural move in the book to make things harder for workers and families in poverty. And unfortunately, the Farm Bill was no different.

After much cajoling within their own caucus, U.S. House Republicans passed a Farm Bill that included harmful and unnecessary work requirements for SNAP recipients, as well as massive cuts that would have led to more than 2 million people being kicked off of this vital nutrition program and children losing their school lunches.

Thankfully, the U.S. Senate passed a bipartisan, common-sense Farm Bill that protected food assistance and other essential programs for Michigan families. And then when the two competing Farm Bills went to conference committee to iron out the differences and negotiations went on for months, the House Democrats and a bipartisan Senate — including Stabenow — stayed strong in standing up for SNAP. That ensured it was protected in the final bill.

Poverty shouldn’t be politicized, as it affects our state’s rural areas as much as its cities. We are glad that cooler heads prevailed and fewer people will go hungry because of the Farm Bill, not more.

SNAP has long had bipartisan support, and we commend House and Senate negotiators for continuing that tradition by working together, across party lines, to protect food assistance in the final Farm Bill agreement. The final Farm Bill ensures that SNAP will continue to help feed children and their parents, seniors, people with disabilities and working people with low pay and inconsistent hours who struggle to make ends meet, including one in seven people right here in Michigan.

As any good farmer will tell you, the work is never done. We may have succeeded in protecting SNAP in the Farm Bill, but President Donald Trump is not going to give up on passing destructive SNAP work requirements.

The Michigan League for Public Policy will continue to fight against all attacks on SNAP or other state or federal efforts to make it harder for people in poverty to get by, and we hope you’ll join us in doing the same.

But for now, let’s thank Sen. Stabenow for her great work and savor this bipartisan cooperation while we can. 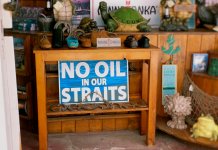