Canadian energy company Enbridge won state approval Wednesday to replace an oil pipeline running through the Straits of Mackinac after a new panel charged with overseeing the plan gave its blessing.

The Michigan Department of Natural Resources made the announcement just hours after the Mackinac Straits Corridor Authority’s (MSCA) inaugural meeting was held Wednesday afternoon in St. Ignace. That was in the midst of one of the busiest Lame Duck legislative sessions in years.

Gov. Rick Snyder signed legislation on Dec. 12 creating the new panel. The MSCA has also had a big shakeup, as two of his three initial appointees resigned. The public had less than a week to comment on the plan before the MSCA met.

Enbridge will now be able to construct a new Line 5 pipeline 100 feet beneath the lake bed. Burying it is meant to stop a potential oil rupture or leak from devastating Great Lakes water and shorelines.

“From the beginning of this four-year process, our fundamental goal has been to protect the Great Lakes against an oil spill through a solution we know will work,” Snyder said in a statement.

Snyder signed legislation granting the panel authority to oversee the project after the term-limited GOP governor leaves on Jan. 1 and Democratic Gov.-elect Gretchen Whitmer is sworn in.

Whitmer has vowed to shut down Line 5 due to concerns about its safety, a view shared by environmentalists. But with today’s approval, she may be powerless to stop it.

“Today’s actions will result in the removal of the oil pipeline from the bottom of the Straits of Mackinac, maintain critical infrastructure connections between our peninsulas, provide energy security for residents of the Upper Peninsula and northern Michigan and create good-paying jobs,” Snyder said. “Enbridge will pay 100 percent of the costs for design, construction, operation and maintenance of the tunnel, and will shut down the current Line 5 segment in the Straits once the tunnel is complete.”

The new pipeline panel also transferred property rights to allow Enbridge to begin constructing the tunnel in lake bedrock beneath the straits, according to the release, which notes that they are requiring Enbridge to “undertake an enhanced inspection and stewardship regimen.”

“For more than 65 years, Enbridge has safely delivered the energy resources needed to keep people in Michigan safe and warm, on the road, and moving forward,” the company said in a statement Wednesday. “Our continued commitment to modernizing our system at the Straits of Mackinac will make Line 5 among the safest, most reliable stretches of pipeline in North America.”

Enbridge said a Line 5 replacement will “protect one of the most important and vital natural resources in the world” and that once it is buried 100 feet below the lakebed, “the chances of a product release into the straits are reduced to near zero.”

Environmentalists have for years called for Line 5 shutdown. Many believe the risk of a rupture and the potentially devastating effects on the Great Lakes are too great a risk to keep it running. The pipeline carries about 23 million gallons of oil and liquid natural gas through the Straits of Mackinac each day.

The company has come under attack in 2017 for lying to the state over the extent of damage to the pipeline’s exterior enamel coating.

The DNR said the panel approved the following actions: 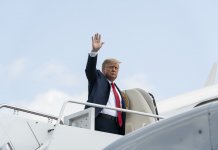 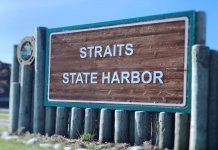 Both legs of Line 5 now back in operation after OK from court, regulators 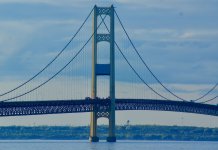