Scores of citizens from across the state rallied this chilly afternoon on the state Capitol grounds in Lansing to raise their voices against a host of GOP-sponsored legislation.

“We’re tired of them pulling the corporate agenda and doing what their donors want them to do and not doing what the people of Michigan want instead,” said Sam Inglot of Progress Michigan, a lead organizer for the “Fight for Our Families Rally.”

Inglot recently wrote an op-ed in the Lansing State Journal advocating for an end to the Legislature’s year-end Lame Duck session. State Rep. Darrin Camilleri (D-Brownstown Twp.) today sent out a press release calling for the passage of House Joint Resolution I that would abolish the session. This resolution was introduced in 2017 by state Rep. Gary Howell (R-Lapeer) and has bipartisan co-sponsors, although Camilleri isn’t one of them. The measure is sitting in the House Government Operations Committee.

Today’s demonstration was spearheaded by several other organizations, including We the People – Michigan, For Our Future, Planned Parenthood and Good Jobs Now.

Some of the bills protestors pushed back against were those that usurp power from Gov.-Elect Gretchen Whitmer, Attorney General-elect Dana Nessel and Secretary of State-elect Jocelyn Benson, who are all Democrats.

Nayyirah Shariff, a Flint resident who was one of several rally speakers, described Lame Duck as “broken.”

“We’re here to send a strong message that we will not be trampled on by the people in power,” she told the spirited crowd.

“It’s just shameful that they wouldn’t trust the people to decide what they want,” he said.

“Do not let this be the last thing that you do,” Pease said. “You have an empty legacy to begin with. This is circumventing democracy.”

Snyder told a group of reporters in an exit interview on Tuesday that he’s keeping an open mind on bills that land on his desk.

“I can tell you, though, with respect to the legislation coming to me, people should not just expect that I’m going to sign things or just veto things,” Snyder said. “I take each piece of legislation seriously. And I will look at it and if I believe that it’s in the best public policy interest of our state, I will sign it. If it’s not, I won’t.” 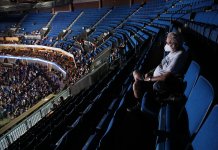 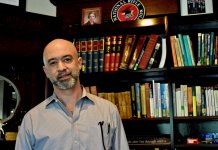 Hemond: A lot is negotiable, but not your ‘basic rights as a human being’