Last week’s push by the GOP-controlled Legislature to slow the $12 minimum wage hike until 2030 will have a variety of economic ripple effects, according to a Purdue University economist.

In September, lawmakers adopted a citizen-initiated petition to raise the minimum wage from its current rate of $9.25 per hour to $12 per hour by 2022. Tipped workers, who have a $3.52 minimum wage per hour, would also see an increase to $12. The Detroit News notes Republicans wanted to keep the initiative off the ballot, because it was likely to pass on Nov. 6 — the same tactic they used with the proposal for paid sick leave.

But after the election, Republicans went to work to gut the new minimum wage law. The Senate last week voted to delay raising the mandated wage by almost $3 by 2022. The House could make additional changes next week.

Kevin Mumford is an associate professor of economics at Purdue University in West Lafayette, Ind., who studies the benefits and setbacks associated with minimum wage boosts. He said the gradual minimum wage hike will hurt low-earning workers, but could stave off some job losses.

In 2015, Mumford co-authored a report titled, “Who Benefits from a Minimum Wage Increase” for the W.E. Upjohn Institute for Employment Research, a think tank based in Kalamazoo.

In short, Mumford’s research finds that gradual minimum wage hikes like that now proposed in the Legislature could slow the wage growth of workers higher up the economic ladder.

“Economists don’t know what wages should be. There is no right wage for any particular occupation,” Mumford said, adding that employers have found success dealing with labor shortages by offering higher wages.

“The right wage is what the market is willing to pay,” he said. “Restaurant owners might complain that they can’t find workers willing to work at the wage they’re offering, but if they offered a higher wage, I bet they would find workers. It is common for firms of all types to complain about not being able to find workers, but if they raised their offered wages, they would be able to hire.”

Mumford added that there’s no evidence to suggest that minimum wage increases affect the wage growth of owners or executives at companies impacted by a mandated wage increase.

While the impact of a quicker increase to the $12 minimum wage remains unclear, a study done earlier this year by economists at University of California at Berkeley noted that cities that have enacted mandated wages of around $10 per hour have seen little effect on employment.

While legislation to delay a wage increase was greeted with applause by many in the business community, some restaurant owners and many progressive activists saw it as “dirty politics” and questioned the constitutionality of the move.

“Our message to House lawmakers is clear — reject this illegal bill that is unfair to Michigan’s tipped and minimum wage workers,” Joel Panozzo, owner of The Lunch Room restaurant in Ann Arbor, said in a statement sent by the Michigan One Fair Wage Coalition, which helped organize the ballot initiative. “Regardless of your position on raising the minimum wage or eliminating the tipped-worker wage, we can all agree lawmakers need to uphold the constitution and preserve the rule of law. Senate Bill 1171 is just plain wrong and smacks of dirty politics.” 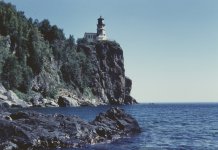 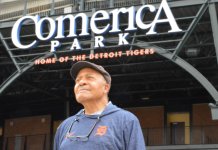 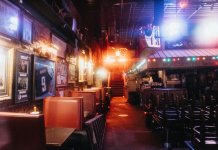