Hyde-Smith found herself in a surprisingly competitive run-off race with Democratic opponent Mike Espy after making allegedly racist comments in early November. She won the seat on Nov. 27.

Federal Election Commission records show contributions of $2,700 apiece from four members of the DeVos clan to Hyde-Smith. Donors include Doug DeVos, the current president of Amway, and his brother, Daniel, who does not work in the Amway business. The donations were all made on Oct. 17, which predates the firestorm over Hyde-Smith’s remarks.

Hyde-Smith gained national notoriety during the run-off due to a viral clip in which she told a supporter on Nov. 2 that she “would be on the front row” if the supporter “invited her to a public hanging.” Espy is African-American. The candidate also suggested making it more difficult for liberals to vote. She later dismissed both as jokes and reportedly apologized.

National media, including CNN, also reported that Hyde-Smith attended a private high school founded to avoid racial integration and she “promoted a measure that praised a Confederate soldier’s effort to ‘defend his homeland’.”

The public hanging comments, for many, brought into focus Mississippi’s dark history with lynchings. The state had nearly 600 — more than any other state — from 1882 to 1968, according to the NAACP.

But they also represent a relatively small portion of the family’s overall political giving, particularly in Michigan, a state where there are multiple pieces of legislation being debated that opponents say would make campaign finance disclosures more opaque.

The DeVoses, were as usual, among the largest donors in Michigan’s 2018 midterms, in addition to their support of national candidates like Hyde-Smith. The family is among the most prominent in U.S. conservative politics. Richard DeVos, one of the cofounders of the global multi-level marketing firm Amway, died earlier this year. His son, Dick, is married to Betsy DeVos, who serves as U.S. Secretary of Education under President Trump.

The family and various-related entities gave just over $7 million to a variety of political candidates and political action committees (PACs), according to the August findings of a report from the Michigan Campaign Finance Network (MCFN), a nonprofit group that seeks to track money in the state’s politics.

“We know about a lot of the DeVoses’ giving because it’s disclosed,” said Craig Mauger, executive director of the organization. “We don’t know if that’s all they’re giving. My suspicion is that it is not.”MCFN reports that the DeVos family was only bested in political giving by Shri Thanedar, the Ann Arbor businessman who largely self-funded a failed Democratic primary bid for governor.

A spokesperson for the DeVos family acknowledged a request for comment from the Advance, but did not provide a statement or make any of the family members available for an interview prior to this story’s publication.

In an interview with the Advance, Mauger said he has increasingly seen more political donors moving away from individual candidates and to causes. These are generally financed by nonprofit groups, which leads to questions of transparency.

“This is the system we’re moving toward: Really large donors are able to be more powerful because they can give more money than they were able to really give previously because of the limits on independent spending and all of those,” Mauger said. “These large donors play a bigger role. And the interest groups that have large amounts of money to spend also can be more influential through these things.”

To that end, Mauger last week testified before the Senate Competitiveness Committee in opposition to Senate Bill 1176, which would prohibit any public agency from requiring a nonprofit advocacy group from disclosing its benefactors without permission. While the bill — sponsored by incoming Senate Majority Leader Mike Shirkey (R-Clarklake) — is dubbed the “Personal Privacy Protection Act,” Mauger referred to the bill as the “dark money protection act” in his testimony.

Mauger testified that the bill — which ultimately passed out of committee on a party line vote and could come up for a full vote during the Lame Duck session — would “criminalize” actions by state or local officials to combat anonymous money in state politics.

“It treats charitable giving — tithing to your local church — the same way it treats political donors giving to a nonprofit set up by a state lawmaker who uses the nonprofit to help with his or her personal ambitions,” Mauger said. “It treats donors to a local food bank the same way it treats donors to a nonprofit that uses mailers that feature a lawmaker’s face photoshopped on to the body of a swamp monster, which we saw this year.”

Proponents of the legislation, however, contend that the bill should be “non-controversial” and simply reaffirms that government should not be able to mandate that a group hand over private donor information.

“Preventing the states and the public from having immediate access to donor and member information will simply ensure a civil society … uninhibited and undirected by government,” said Zac Morgan, a staff attorney with the Institute for Free Speech, in his Senate testimony. “It also ensures this information will not sit on multiple government servers, vulnerable to nefarious or foreign actors or misused by government officials.”

The trouble for transparency advocates like Mauger stems from the uncertainty associated with who’s actually funding political causes. Mauger acknowledged it’s all but impossible to know the full extent to which a wealthy family like the DeVoses are using their resources to influence not just candidates, but also causes and ballot initiatives.

“That’s kind of the issue with all of this. The public office holders who are doing the fundraising know (who the donors are) and the public doesn’t know,” Mauger said. 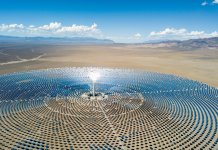 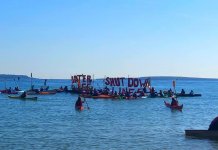